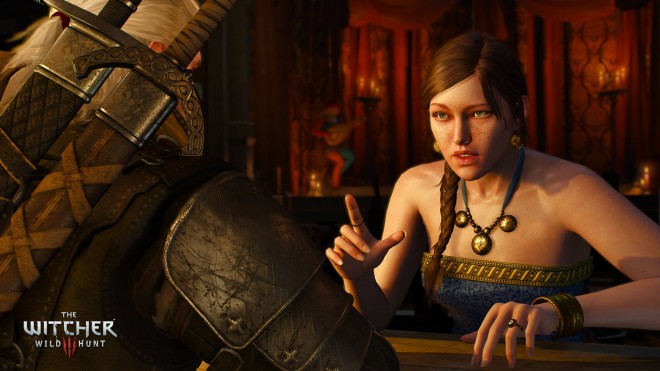 Sex has always played a large role in the Witcher Games, and it continues to do so in the Witcher 3: Wild Hunt. Geralt has the option to bed several women in the game – some of which he has an emotional attachment to, while others are merely casual partners. Before he can do that, however, Geralt has to seduce the prospective partner, by giving her gifts or through some other means.

In this romance guide for the Witcher 3 we are going to list all the women Geralt can have sex with in the game, and give you the strategies for bedding each of them. Oh, and don’t worry about contraception – witchers (and sorceresses) are infertile. If you wish to avoid the hassle of courtship, you can head over to our list of all the sex scenes in the game, complete with videos for each one.

Below is the list of women you can have sleep with in the Witcher 3:

Yennefer is Geralt’s true love. At the beginning of the game Geralt is looking for her, following her tracks throughout the Northern Realms. She is a very important character in the books, but this is her first appearance in the games. Given Geralt’s emotional attachment to Yennefer, the romance between the two will probably featured the most.

Triss is already familiar to those who have played the previous games – she was a romance option for Geralt in both. She is also friends with Yennefer, so it is possible that Geralt will have to choose between the two women at some point.

Like Yennefer, Keira is a sorceress, meaning that she will be a possible romance option for the sorceress-loving Geralt. She appears early in the game, and has her own quest line, so it is possible that Geralt might ask her for sex in return for his help, as he is known to do.

Brothels are aplenty in the Northern Realms, and Geralt can venture into them in search of relaxation from the hard life of a monster slayer. No wooing is required here, just a ready supply of orens. If you’re looking for a more emotional experience, however, be advised that the courtesans and prostitutes in these establishments will leave you unsatisfied.


We will be updating this guide as we get more information from the game.