Signs are magic spells in the Witcher 3: Wild Hunt. There are five signs in the game – Aard, Igni, Axii, Quen and Yrden, each with a unique effect and upgrade tree. Signs are not a substitute for weapons, but they can be very helpful if you upgrade and use them properly. This guide will show you all the signs present in the game, along with their effects and upgrade benefits. 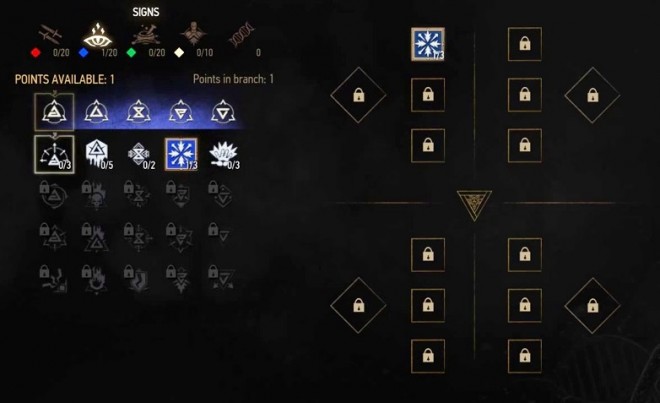 Igni lets you deal fire damage to your enemies. If your opponents are not resistant to fire, attacks with this sign will deal fire damage for a period of time. Those who are, however, will only receive damage from the first wave; they will not catch fire and burn after that. You can also set fire to objects such as torches and corpse piles. Upgrading your Igni sign will make it deal more damage, increase its chances of setting enemies on fire, and enable it to burn through armor.

Axii is used for charming. You can use it to control your enemies and even turn them against their own. It can also be used during conversations, to coerce people into telling you what you want to know. Upgrading Axii will increase its duration and let you to charm more serious foes.

Quen is used for protection. It lets you cast a shield around yourself and protect yourself from a certain amount of damage. Upgrading Quen will give you a longer-lasting shield that will reflect damage back at the attacker, even knocking him down in some cases.

Yrden is a trap that can be placed on the ground in order to slow down or stop your enemies. It can also deal damage to them. Upgrading it will let you place more traps and give them a bigger radius of effect and greater damage.