Abilities (Skills) in the Witcher 3 can be gained and upgraded by gaining experience. The game has four talent trees from which you can choose – combat, signs, alchemy, and general. Choose wisely in which talent tree you want to spend your skill points: you will not be able to max them all out so assign points in accordance with your play style.

The various upgrades are arranged into 4 branches, each of which can be unlocked by spending a certain amount of points. To unlock the second branch of upgrades you need to spend 8 points in the first branch. Unlocking the third branch will cost you 20 points in the second, and to gain access to the fourth branch you will have to spend 30 points in the branch above it. Geralt’s skills can also be boosted with special items called mutagens.

This guide will show you all the Witcher 3 skills you can choose from, along with their effects and the mutagens that suit them. 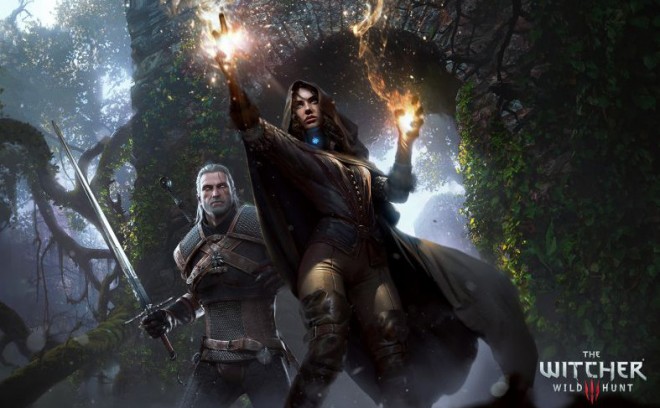 If you want your skills to take effect, you will need to place them into skill slots. At the beginning of the game you will have only a few slots available; you will unlock more as you progress through the game.

There are a total of 12 skill slots and the last one unlocks when you reach level 50. You can switch between the active skills whenever you wish, depending on the circumstances: if you are fighting an enemy vulnerable to fire, you can choose a skill that improves Igni intensity.

Every time you level up you will gain 1 skill point, though you can gain more by drawing from Places of Power – one point per each. Places of Power are scattered throughout the world and hard to get to, but you shouldn’t worry as our Places of Power guide has you covered.

If you are not happy with the way you have spent your skill points, you will purportedly be able to buy a respec potion that will allow you to redistribute them.

There are four types of skills in the Witcher 3:

As the name suggests, these skills are combat-related – they can improve your prowess with swords, your ability to use ranged weapons more effectively, and they govern your adrenaline gains. This category has five talent trees: Fast Attack, Strong Attack, Defense, Marksmanship, and Battle Trance.

These are magic-related skills; their purpose is to enhance the intensity, range, or area of effect of signs. The five abilities in this category are each tied to one of the signs: Aard, Igni, Axii, Yrden , and Quen.

Aard is a telekinetic blast capable of stunning or knocking down your opponents. Igni sets your enemies on fire, while Axii can be used to influence their mind – making them docile and even turning them on your side. Yrden sets magical traps that can slow down or event stop an enemy entirely. Quen is a shield that can be used as protection against various kinds of damage.

Alchemy skills let you make oils and bombs, brew potions, and regulate your toxicity. This tree has five abilities: Brewing, Oil Preparation, Bomb Creation, Mutation, and Trial of The Grasses.

General abilities have no talent trees, just 10 completely separate skills not closely tied to fighting, magic, or brewing. Each of these has only one level.

Mutagens are special items which can be used to give Geralt’s skills a boost. Some of them can be obtained by killing rare monsters. There are four mutagen slot- the first one is unlocked at the beginning, while the rest can be unlocked as the game progresses.

Each mutagen slot is linked to three ability slots- they can enhance each other if their types match. The mutagens are also color-coded, so it is easy to match them to abilities of the same type as they will have the same color code.

For example, if your mutagen is red, you should combine it with Combat abilities – they are also red. The bonuses you get from such a pairing will be much bigger. The mutagens can be switched out at any time, the combinations you make are not permanent.

In the previous game players could unlock hidden abilities in secret ways – through dialog, by completing quests or performing certain actions at certain points, etc. The presence of hidden abilities in the Witcher 3 has not been confirmed, however, though they should not be ruled out.