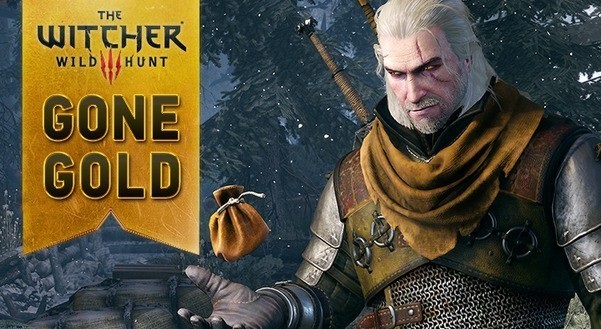 The third installment in the Witcher series has gone gold, meaning that the game is now ready to be pressed to disk and packaged. The production on the game has finished an entire month before release, which is usually a good indicator that we will not be getting a rushed and bug-ridden final product. Needless to say, the developers are satisfied with the state of the game as can be seen from the words of Adam Badowski, the head of the studio:

We worked so damn hard over the past three years to bring you this game. From the corrupt nobles in Novigrad to ancient monsters lurking in deep forests, to the bustling cities, colorful ports and breathtaking vistas; all the people, all the places — we literally spent tens of thousands of hours to turn all that into an adventure that will kick your ass and make you want to come for more. The Witcher 3: Wild Hunt has gone GOLD and will soon be yours!

The game will be released on May 19 for the PC, Xbox One, and Playstation 4.