Armor in the Witcher 3 is used for both protective and cosmetic purposes. As in many other RPGs, there are 3 armor categories: light, medium, and heavy. Each of these has four different types: common, magical, master, and witcher armor. Wearing a complete set of armor (boots, gloves, trousers, and chest armor) will give additional protection. This guide will give you the pictures and stats for each set of The Witcher 3 Armor, as well as their locations and the ways of acquiring them once the game launches. 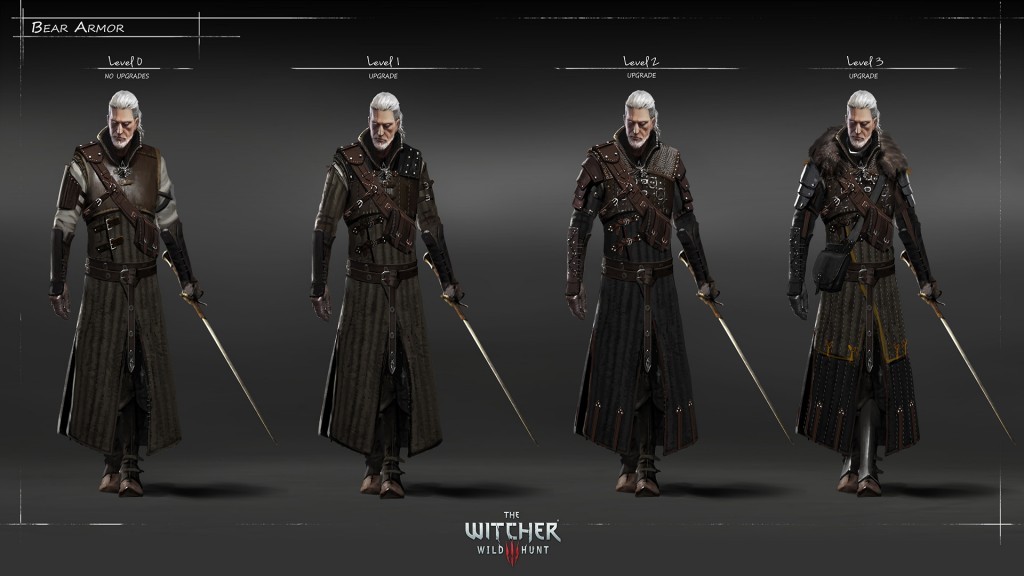 Common armor is the weakest of the four types. The protection it provides is meager, but it can be used as a change of outfit if you grow tired of your usual outfit. Most of the elegant and formal pieces of clothing are in this category. Note that some of them are worth hanging on to: you may need them for a quest later on.

Master armors are great at protecting from melee damage and give large bonuses to protection from physical damage, with the exception of Kaedweni Gambeson which also provides some protection against fire. You will be relying on them for protection for most of the game. Master armor has a blue background in your inventory.

Magic armor has magical properties, such as influencing your magic resistance, sign intensity, or vigor regeneration. It is marked with a yellow background in your inventory.

Witcher armor is the best of the four types or armor in the game. Every set of witcher armor can be improved with crafting; upgrading it will give you better protection and a better-looking armor. You can also receive special bonuses from them, such as reduced damage from monsters. Each item of witcher armor has a green background in your inventory.

Relic armor is ancient and magical. Due to its magical properties, Relic armor provides bonuses unrelated to protection, such as increasing your Vitality. It has a brown background in the inventory.

There are several armor sets that have been showed off in trailers, but whose stats are currently unknown to us. Still, we have included them here for your viewing pleasure. 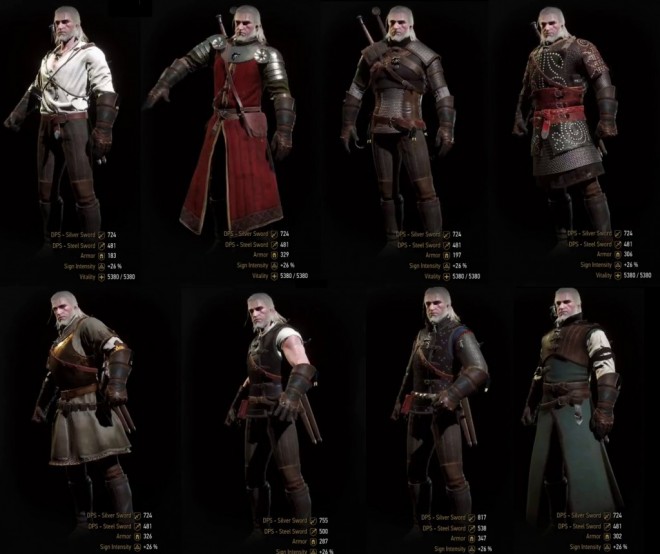 One thought on “Witcher 3 Armor”